Is it more noble to opt outside on Black Friday or more noble to shop and spur on the economy in a mad dash online or in store? It’s completely up to you, here are some choices:

We rowers do love our Under Armor and Sports Authority does have select Under Armor on sale for 25% off but it’s fleece, not spandex. Maybe print out the $25 off tickets for Columbia and North Face if you spend $125 before heading over just in case there’s something that catches your eye.
Eastern Mountain Sports has more flexibility using the FRIDAY20 to get just want you need right now. There are also power deals that change every six hours online and amazing deals like 50% off EMS Microfleece in store. Check out the Merrills too, they almost never go on sale.

LLBean has the usual 10% off $10 gift card with $50 or more purchase offer that you can always count on.
But my favorite is REI who closed their doors today to encourage you to join ranks with over one million and counting to #optoutside. Now that”s a good deal. 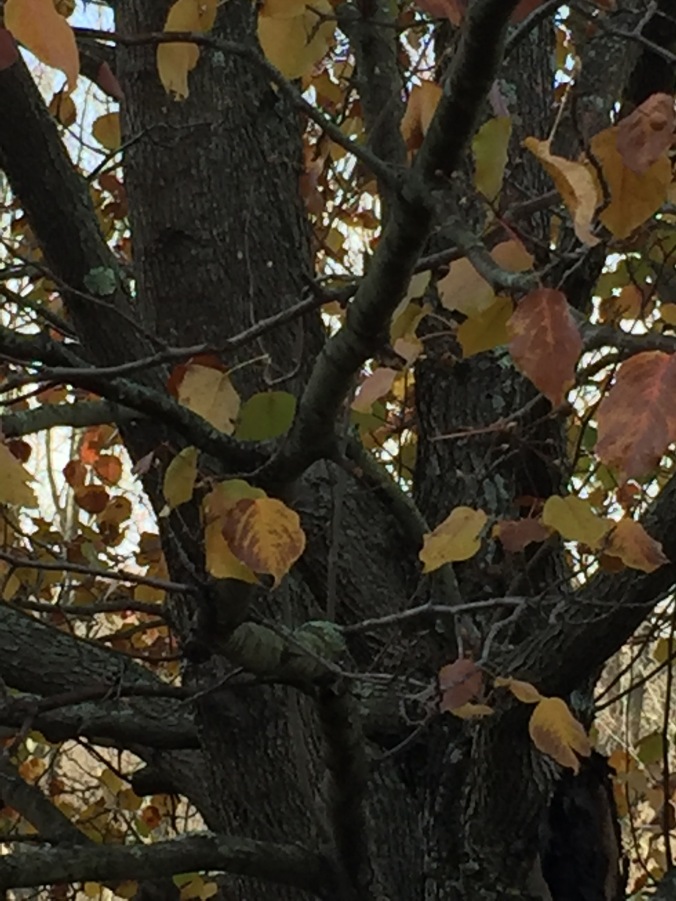 It’s not a row but a run in Philly! The Schuylkill Navy Run will be held on Boathouse Row today hosted by Schuylkill Navy with a new direction this year starting from Kelly Drive then taking a right up Brewery Hill. Prizes collected from the Philly rowing community will be awarded to runners as they finish. For more information see: http://www.boathouserow.org

Have a great run and a great day! 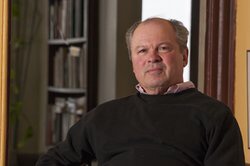 “Staying on course limits your attention to the boat and its rowers, who are, after all, the motor that takes you there. The goal does not disclose itself until it is attained.”

-Craig Lambert, Rower, Journalist and Author, Mind Over Water: Lessons on Life from the Art of Rowing Here’s one way to look forward to Monday with a quick merry pick me up! My favorite holiday drink is Starbucks Chestnut Praline Latte, but the holiday cookies look too good to eat. Maybe I’ll reward myself with a latte for time well spent on the erg and share a little sugar with someone sweet enough to provide me the incentive to keep rowing.

*Merry Monday offer only available today at participating Starbucks between 2pm and closing. In Florida, they row in late November! 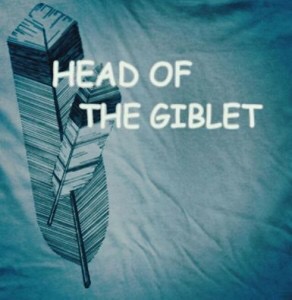 Head of the Giblet will be held at Bill Frederick Park on gobble gobble, Turkey Lake in Orlando. Hosted by the South Orlando Rowing Association. There will be 313 from 35 clubs. Website http://www.headofthegiblet.com/

The Sarasota Duathlon at the Bend will be held at Nathan Benderson Park in Sarasota. Sarasota Crew will host 55 entries from 7 clubs to the head race. There will be an opportunity to row in the Stampfli Express after the Duathlon! Top Duathlon finishers get first dibs to row the Stampfli, the world’s longest shell with a record 24 seats. Afterwards, everyone gets a chance for a small fee and a signed waiver. The Stampfli is so stable, prior rowing experience in not required.

Much luck goes to the sunshine state rowers! 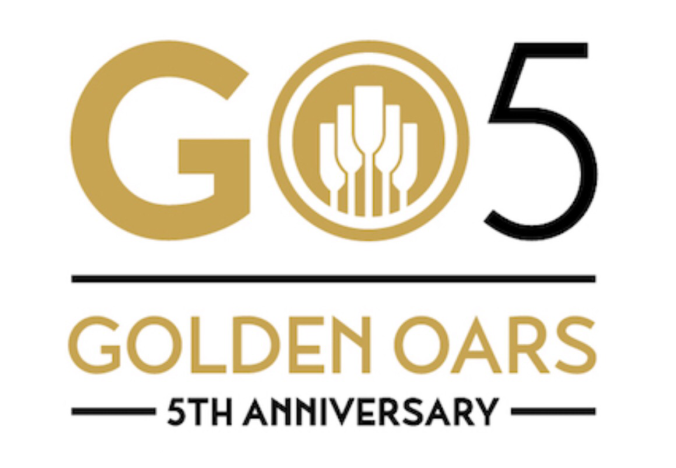 Last night, the fifth annual Golden Oars Awards were held in NYC to honor the best of the best in rowing. As we all know, rowing is a demanding sport that we all survive and obsess over. Getting up before the sun rises in the mad dash rushing to water before wiping the sleep from our eyes begins many a long day and strong pull toward excellence. That is why we honor the best of the best in not who pulls the hardest but to those who consistently pull far and away from rowers who already give their all too. That takes a lot of excellence.

Congrats and oars to celebrate those honored with the 2015 Golden Oars Award for their outstanding performance and contribution to the sport of rowing:

Congrats and oars to celebrate to the fan favorites chosen by the rowing community in receiving USRowing’s Fan Choice Awards:

“The journey is the destination… Row well and live.”

The San Diego Fall Classic with be held in where else but San Diego, California. The San Diego Rowing Club hosts the head race from Mission Bay – Crown Point. There will be 307 entries from 34 clubs. Web: http://www.sandiegorowing.org/ 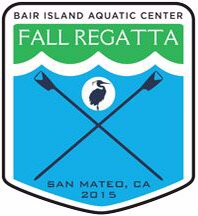 And another Cali Regatta, the Bair Island Fall Regatta will be held in San Mateo. Host: Bair Island Aquatic Center (BIAC).  99 entries from 14 clubs are expected to compete on the San Mateo Marina Lagoon. Start time is 7am. Web: http://www.gobair.org/fallregatta

Good luck to all in CA and FLA!

Brr, too cold in the Northeast to row outdoors right now but there is plenty of competition to be had at warmer venues and a Battle of the Erg in the Lone Star State.

The 4th annual Battle of the Erg – Parati Showdown will start at 10am in The Woodlands, Texas. The indoor competition using Concept2 ergs will be held in Commons Building A at Lone Star College, Montgomery Campus hosted by Parati Competitive Rowing. There will be 69 entries from 6 clubs. Web: http://paratirowingthewoodlands.org/ 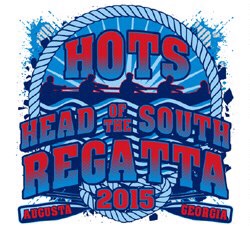 Head of the South will be hosted by the Augusta Rowing Club in Georgia. 636 entries from 67 clubs are expected to compete on the Savannah River. Web: http://www.augustarowingclub.org

The Tri-National  Basel Head will be hosted by Frinationaler Regattaverein Basel in Switzerland. This is Switzerland’s biggest 8+ event. In the tradition of the Head of the River in London or the Head of the Charles in Boston entries start at short intervals to compete for best time. Web: http://www.baselhead.org

And over the weekend, the Stetson Fall Rowing Rendezvous will be held in DeLand, Florida. Stetson University will host 304 entries from 37 clubs on Lake Betesford and the St. Johns River on both Saturday and Sunday. Web: http://www.gohatters.com 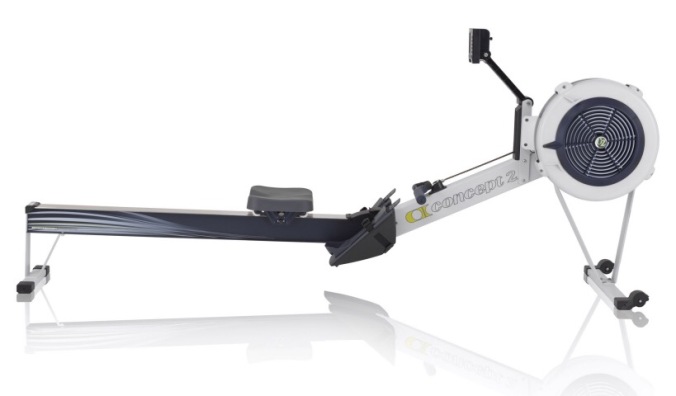 On Friday the 13th at 4pm rowers will do a 6k on Concept2 ergs at the California Rowing Club Boathouse, 2999 Glasscock Street in Oakland. Rowers must take part in the erg test to compete on water. 6k times determine Saturday’s start order for the West Coast Fall Speed Order 4080m head race on Oakland Estuary starting at 7am. 62 entries from 13 clubs are expected. 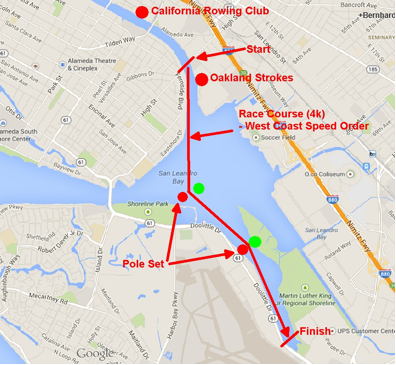 Web: http://www.usrowing.org/events_new/details/2015/11/13/default-calendar/2015-fall-west-coast-speed-order
Good luck to all in Oakland!