“Life is like riding a bicycle. To keep your balance, you must keep moving.” 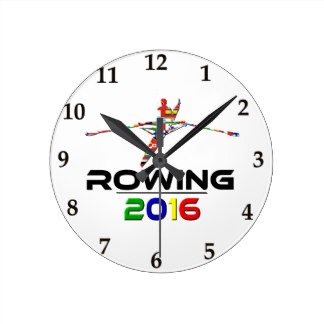 I can’t believe it’s September 25th already. Where does the time go? I guess time really does fly. Especially on a day like today with enough of a snap in the air and a regatta to pull for. Time flies and rowers row.

Kings Head Regatta on the Schuylkill 2016 will be held today on Schuylkill River in Bridgeport, Pennsylvania hosted by Upper Merion Boat Club. There will be 285 entries from 53 clubs. 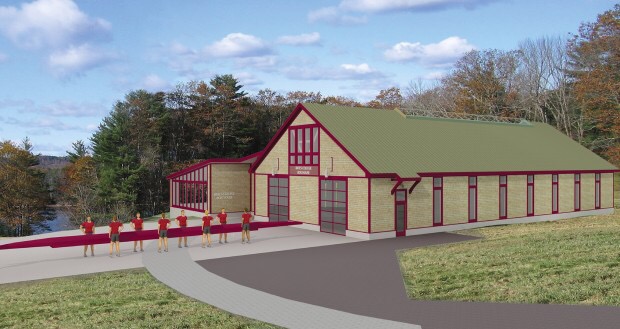 The 31st Annual Head of the Androscoggin will be held in Greene, Maine for Master, Open,  Collegiate, High School and  Junior entries. Head of the ‘Scog is a stake turn head race rowing upstream  on Androscoggin River for singles and doubles. The course runs from Bates newly built boathouse on the east shore section of the Androscoggin River called Gulf Island Pond to a stake placed 1.5 miles away with a return back to the boathouse start line. Maine Rowing Association and Bates College will host 18 entries from 3 clubs.

In British Rowing, Monmouth Autumn Head will be held Sunday 25th September 2016 on the River Wye in Wales. The 2,250 race will be hosted by Monmouth Rowing Club.

And in World Rowing, Tour du Léman à l’Aviron will wrap up today in Geneva, Switzerland for Master, Novice, International and Other entries above 18 years old hosted by Société Nautique de Genève.

**CANCELLATION** Head of the Des Moines in Des Moines, Iowa has been cancelled by Des Moines Rowing Club today due to unsafe high water levels forecasted for the Des Moines River Valley north of Saylorville Lake. The upstream course was planned to run from the Botanical Gardens to Prospect Park for 234 Master, Open, Collegiate, Adaptive, Junior, and Novice entries from 19 clubs. 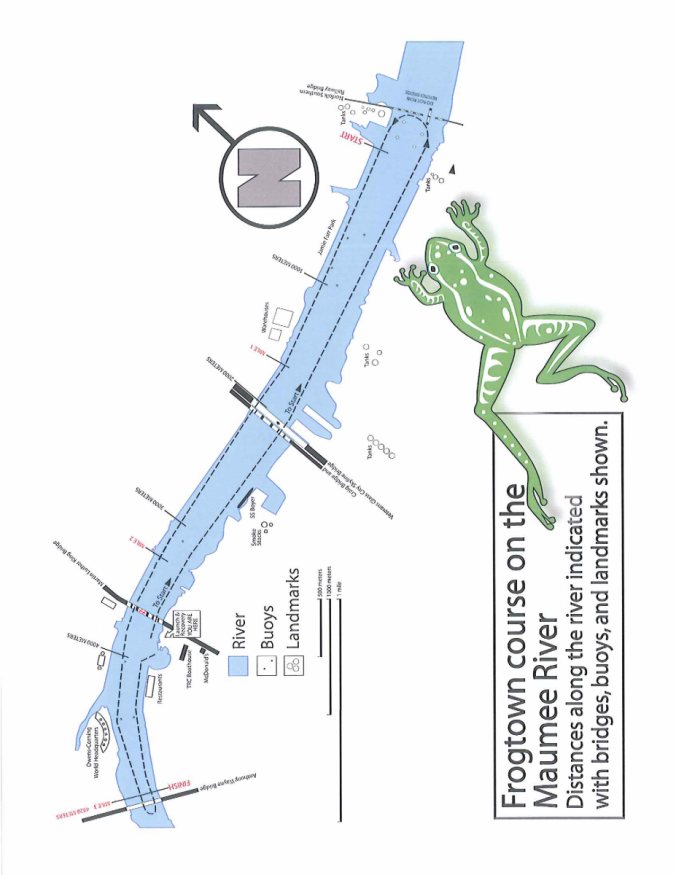 Toledo Rowing Club will host the 31st Frogtown Regatta on September  24, 2016 at International Park in Toledo, Ohio for 387 entries from 37 clubs.

“Come for the racing, stay for the pie.” That’s the motto for Head of the Anacostia hosted by Capital Rowing Club in Washington, DC because there’s an apple pie contest with judging directly after the regatta. So now you can row and have your pie too! There will be 132 entries from 22 clubs.

Narragansett Boat Club will host Head of the Seekonk today just off River Road in Providence, Rhode Island for 75 entries from 11 clubs. 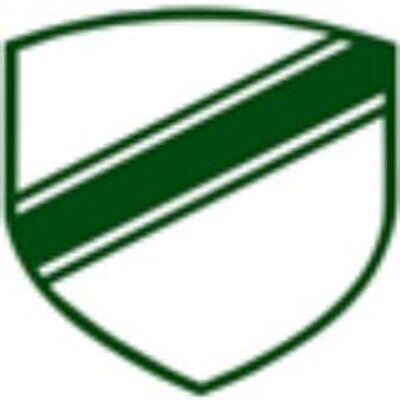 Head of the Merrimack will be held in Methuen, Massachusetts hosted by Essex Rowing Club. There will be 132 entries from 24 clubs on the Merrimack River.

Tail of the Tiger will be held September 24, 2016 on Lake Hartwell in Clemson, South Carolina hosted by Clemson University Rowing Association. There will be 112 entries from 11 clubs.

Holyoke Row will host 33 entries from 8 clubs to the Paper City Regatta on the Connecticut River in Holyoke, Massachusetts today. 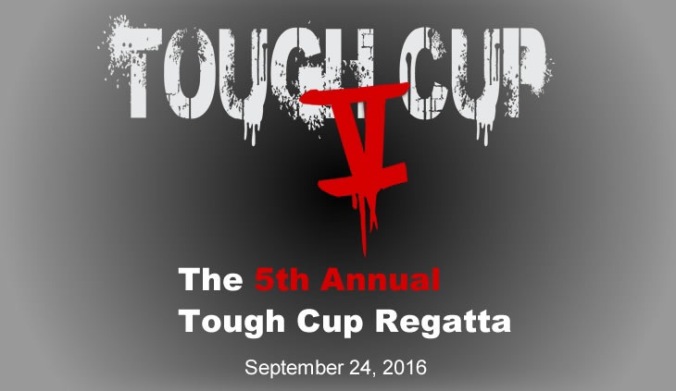 The 5th Annual Tough Cup will be held September  24, 2016 on the Chicago River in Chicago, Illinois hosted by Chicago Training Center for 63 entries from 7 clubs.

Head of the Pend Oreille Regatta will be held today on the Pend Orielle River in Priest River, Idaho for Open, Collegiate, Adaptive, Junior and Novice entries hosted by Priest River Boat Club. There was a row by and barbecue last night at the club.

In Canada, RCA National Rowing Championships-Canada Cup continues through September 25, 2016 on Burnaby Lake in Burnaby, British Columbia hosted by Rowing British Columbia. There will be 223 entries from 9 clubs.

The 37th Head of the Welland – Five Bridges Fall Classic will be held September 24, 2016 at the Welland International Flatwater Centre ~ North Course in Welland, Ontario hosted by South Niagara Rowing Club for 391 entries from 42 clubs.

In Switzerland, Tour du Léman à l’Aviron will continue in Geneva for Master, Novice, International and Other entries above 18 years old hosted by SOCIÉTÉ NAUTIQUE DE GENÈVE through September 25.

The 17th Annual Row for the Cure – Seattle, a 5800m head race will be hosted by Pocock Rowing Center, established in 1994. There will be 170 entries from 26 clubs on Lake Union.

Check HERE to make a donation.

Lift Bridge Regatta will be held in Fairport, New York hosted by Fairport Crew Club. There will be 121 entries from 21 clubs. The Erie Canal course begins at the the flood gates near Interstate 490 to finish at Perinton Park and Fairport Crew Club boathouse.

The 25th Annual CoastWeeks Regatta will be held in Mystic, Connecticut for Master, Open, Adaptive, and Junior entries hosted by Mystic Seaport. The 2,000m Mystic River course begins north of the I-95 overpass to finish at Mystic Seaport’s Lighthouse Point. 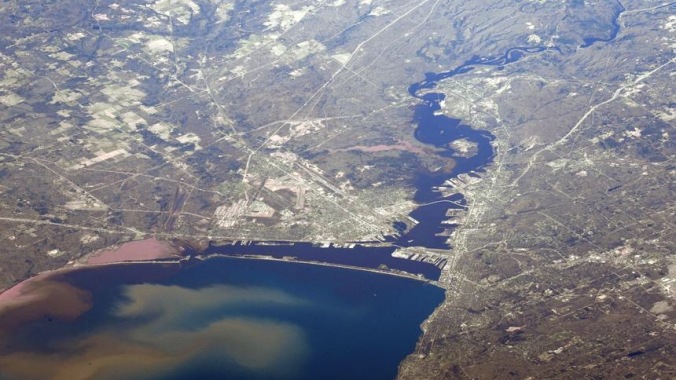 Portland Boat Club, established in 1879 will host Head of the Dog, a three mile head race on Multnomah Channel in  Portland, Oregon. There will be 55 entries from 10 clubs in costume. Picnic to follow the event.

There’s a lot less heat and the murmur of a snap in the air on this mid September day. On deck today are the Head of the Cuyahoga and the Tail of the Fox. CRI renamed the Rumble in the River to Fall Classic Regatta even though we already knew it was a classic. And there’s a challenge in Milwaukee hosting gold medal Olympians plus a few traditions to follow in Britain. Needless to say, a perfect day for rowing wherever you may be! 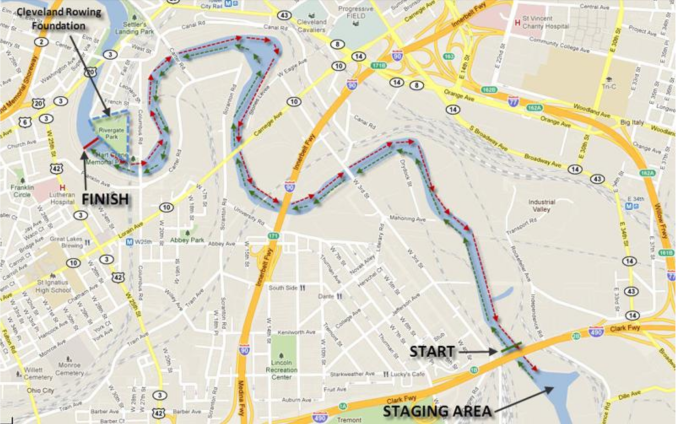 The 21st Annual Head of the Cuyahoga will be held today hosted by Cleveland Rowing Association.There will be 439 entries from 51 clubs.

Community Rowing Inc. will host 241 entries from 40 clubs to the Fall Classic Regatta on the Charles in Boston today. You may remember this regatta as “The Rumble on the River.” The Fall Classic will offer the same 3 mile course followed by food trucks, beer tastings and free music festival aferwards at the Harry Parker Boathouse. Sounds like a classic to me.

In British Rowing today Oxford Rowing Club will host the Isis Sculls a 1850m upstream course on the Isis in Ocford in the Thames region from the Bourne Stone to the Cox Stone.

In Canada, Head of the Reach will be held at Deas Island Regional Park in Delta, British Columbia. Delta Deas Rowing Club will host 45 entries from 7 clubs on the Deas Slough.

Cambridge Autumn Regatta will be held Sunday 11th September 2016 hosted by Cambridge ’99 Rowing Club founded in 1899 on the Carn. 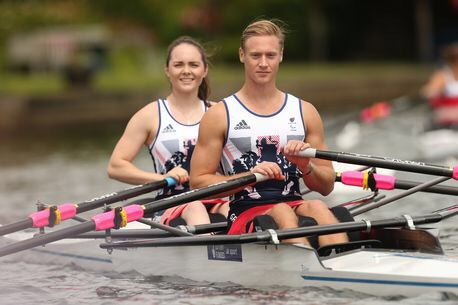 Lauren Rowles of Great Britain TAMix2x has only been rowing for one year. On winning gold with Laurence Whiteley at the Paralympic Games Rowles said, “It’s not as quick water as we were expecting but we went out hard and then tried to hold everyone off. We just had the race of our lives and we enjoyed it.” I bet they did.

For livestream check HERE, and in Britain finals will broadcast live on channel 4 at 14:30. 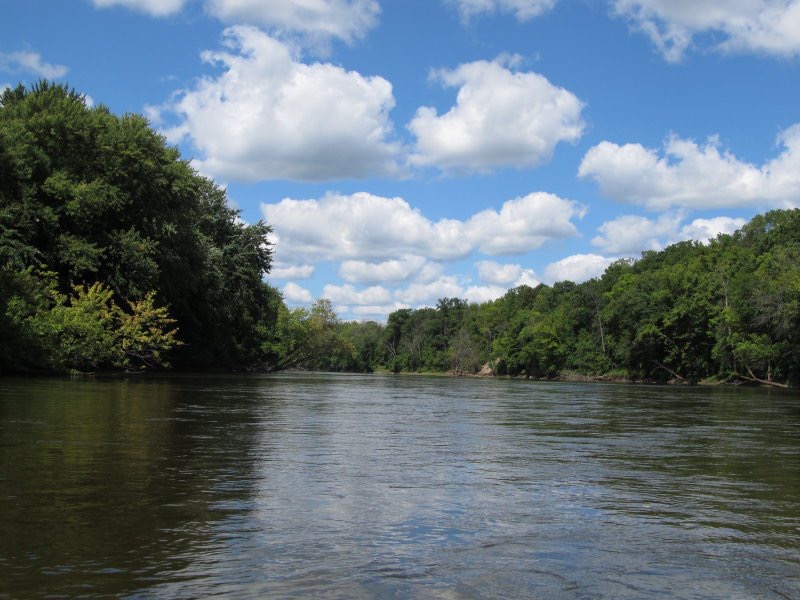 There are so many marathon regattas, half marathons and more today and we are barely into September nevermind the Fall season. My favorite today is the Grand River Marathon Regatta in Michigan because the water doesn’t have much of a current and if you happen to change your mind about rowing the double stake course you could row half the marathon stopping in Ada. But how would you get home with your transportation and trailer back in Grand Rapids?

The Wye Island Regatta will be held today at  Wye Island – Wye Landing on Wye East River in  Wye Mills, Maryland hosted by Annapolis Rowing Club. There will be 91 entries from 30 clubs.

Row the Miss Regatta will be held on the Mississippi River in Moline, Illinois hosted by Y Quad Cities Rowing. There will be 100 entries from 10 clubs.

Springfield Rockrimmon Regatta will be held today in Springfield, Massachusetts for Master, Open, High School,  Junior,  Novice, Coxswain,  Other and Stake Race entries hosted by Pioneer Riverfront Club. There will be 97 entries from 24 clubs on the Connecticut River.

In Canada,  Head of the River will be held on the Nicomekl River in South Surrey, British Columbia. Nicomekl Rowing Club will host 84 entries from 14 clubs.

Muskoka Fall Classic will be held today at Gull Lake Rotary Park in Gravenhurst, Ontario in the Muskoka region of Canada about 90 minutes north of Toronto hosted by Severn River Rowing Club. There will be 228 entries from 27 clubs.

Worcester Autumn Regatta will be held Saturday 10th September 2016 in the West Midlands region hosted by the Worcester Rowing Club.

In World Rowing the Hanse Cup will be held in Germany today through tomorrow.

Paralympic Games 2016 continuing on for another day in Rio at Lagoa Stadium in Lagoa Rodrigo de Freitas.

7:30am AS Women’s Single Sculls

7:50am AS Women’s Single Sculls

For livestream through 9/12 check HERE.